Question: What Is Hermitage TN Most Famous For?

Answer: President Andrew Jackson’s home is one of its most popular attractions in Hermitage TN. The name Hermitage was given to the plantation by a study of Jackson’s favorite books, Robinson Crusoe and The Hermitage, or the Memoirs of Nash, published in 1750. Many visitors enjoy making their own tour of the home. Tennessee Tours offers public tours year round, including candlelight tours during Christmas and overnight Jackson-related packages with hotels in Nashville. If you can’t make it to the Hermitage mansion, there are plenty of other ways to learn about Jackson’s life at his presidential library and museum located in his former residence.

Custom built home on beautiful large property just a few minutes from city conveniences. Your buyer will appreciate the attention to detail from the ground up. Large arch windows overlooking a serene private lot, open kitchen with granite counter top

PRICE REDUCTION***** SELLER IS MOTIVATED. This amazing GEM of a property is one of a kind in the Hermitage, TN area. This ranch style home comes with 3 bed/2 bath and a bonus room that can be used as a 4th bedroom with a window unit. There is a cover

If you are looking for peace , privacy, and land close to everything this is the one! Mount Juliet living with a Hermitage address, only 5 miles from Providence Shopping. This home backs up to the corp. property on 2 sides with walking trails to the

STR-NOO BEST PRICED AIRBnb or VRBO for sale in the entire City of Nashville**** Will Not Last ***** Zoned Commercial & Approved for Short Term Non-Owner Occupant Investors**** . Immaculate Condition- I only have this ONE UNIT *****

Full brick and stone Ashford plan with 3 bedrooms, office and bonus room. All bedrooms and laundry room upstairs. Gorgeous covered porch off rear of home. $60k of upgrades in this home which include fresh paint, shiplap gas fireplace, super shower in

Welcome to Parkhaven, Nashville's newest 55+ active adult community in Hermitage. This Oakwood plan will be available in October of 2022!! The home features the owners suite + guest bed on main level, open kitchen and living area, 10x10 office on the

Welcome to Parkhaven, a 55+ active adult community located in Hermitage featuring single family homes w/garages. This Richland plan, Elevation A, has a great layout and tons of storage. Included is a tandem, three car garage and a convenient flex/off

Welcome to Parkhaven, Nashville's newest 55+ active adult community. This Hadley A plan will be ready to welcome you home in January 2023!! The home is located on a corner lot and features a main floor owner's suite with a large, marble walk-in showe

Welcome to Parkhaven, a 55+ active life style community! This Hadley C will be available to move-in in Jan 2023!! Your new home is located on a corner lot and is right across from the community dog park. The home features a main floor owner's suite w

Brand NEW energy-efficient home ready November 2022! The Johnson's impressive foyer gives way to the gourmet kitchen and open-concept living area. Two flex spaces on the main level, plus a large loft upstairs, allow you to customize the layout to fit

Brand NEW energy-efficient home ready November 2022! The Johnson's impressive foyer gives way to the gourmet kitchen and open-concept living area. Two flex spaces on the main level, plus a large loft upstairs, allow you to customize the layout to fit

Brand NEW energy-efficient home ready November 2022! Create a play room or office in the Northbrook's upstairs bonus room. On the main level, the kitchen is the heart of the open-concept living space. Tray ceilings and a large walk-in closet compleme

Welcome to Parkhaven, Nashville's newest 55+ active adult community. Available August 2022!! This Elmington plan is a one level cottage featuring the owner's suite with DIRECT access to the covered side porch with an outdoor fireplace, mantel and hoo

Welcome to Parkhaven, Nashville's newest 55+ active adult community. This Elmington plan will be ready to welcome you home in September 2022!! This one level cottage features a 3 car garage, an open floor plan with a large kitchen island, stainless K

Welcome to this gorgeous neighborhood! Terrific 3 bedroom and 2 bath home with a 2 car garage. Enjoy cooking in this stylish kitchen with stainless appliances and a center island, great for food preparation.Flow into the living room featuring a cozy

Welcome to Parkhaven, Nashville's newest 55+ active adult community. Available January 2023!! This Elmington plan is a one level cottage featuring the owner's suite with a separate soaking tub and shower AND direct access to the covered side porch wi

Welcome to this gorgeous neighborhood! Terrific 3 bedroom and 2.5 bath home with a 2 car garage. You’ll enjoy preparing meals in the gorgeous kitchen with granite countertops, stainless appliances, and beautiful spacious cabinetry. Step inside this b

Preferred Lender will provide up to $5, 000 towards Buyer's interest rate buy down/closing costs (total Lender credit not to exceed 1% of the loan amount) Beautiful move in ready home in the desirable 42-home Cooks Landing community! This home's high

Gorgeous 4-bedroom 2.5 bath with a sprawling 2946 sq ft well-kept home. Only 15 mins from BNA, mins from Percy Priest lake and lake amenities such as 7 points campground and cooks landing for family fun and picnics. Ride your bike to Nashville Shores

Welcome to this gorgeous neighborhood! Terrific 3 bedroom and 2 bath home with a 2 car garage is now on the market in Hermitage. You’ll enjoy preparing meals in the gorgeous kitchen with sleek counters, tiled backsplash, stainless appliances, center

Beautiful all brick home on a cul-de-sac wooded lot! Custom built home with open floor plan, gas f/p, and all large bedrooms upstairs with walk-in closets! All underground utilities including gas and a sodded yard. Conveniently located near I-40, Dow

Come see this lovely home located in the beautiful, quiet, Heritage Hills neighborhood! Enjoy all the convenience of being located so close to Nashville and Mount Juliet. Enjoy the outdoors? Play a round of golf at the Hermitage Golf Course or a day

BEAUTIFUL all brick home in a quiet and secluded subdivision in Hermitage. New wood burning stove in the living room, large 2 car garage with plenty additional storage. Basement could be used as a 4th bedroom, den or man cave. Backyard features a dec

Assumable FHA loan @ 3.25% Tucked away on a peninsula surrounded by Percy Priest Lake is the neighborhood of "The Peninsula." This home is perfectly placed within the community with HOA common area and Corp property to the left and across the street.

Investors take a look! In a No HOA neighborhood. Contact the listing agent with any questions regarding the listing. Some rehab work is being done on the property, including but not guaranteed and/or limited to: paint throughout - new carpet - front

Beautiful 1 Level Home located on a Corner Lot and an Ideal Location near Percy Priest Lake, Shopping, minutes from Downtown Nashville and the International Airport. Huge Covered Front Porch and Custom Patio with Pavers. All New Carpet and Fresh Pain

Well-maintained home nestled among mature trees with a large lot and close to the lake! Home boasts a remodeled kitchen, beautiful hardwood floors, and in a great established neighborhood with no HOA ~ Great Location ~ Close to I-40, Airport, Parks, 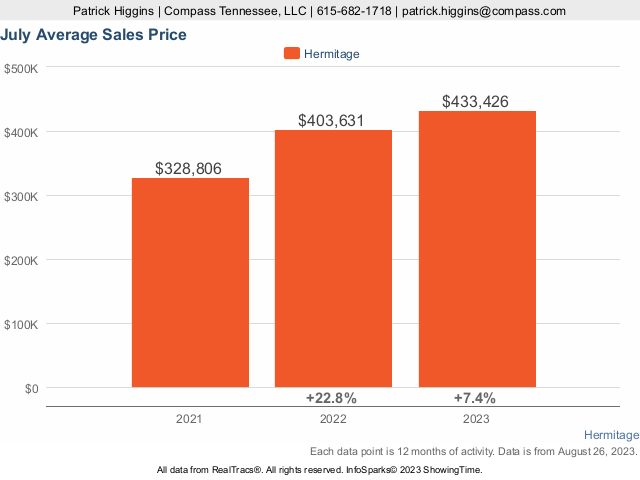