Question: What Is Franklin TN Most Famous For?

Answer: Franklin, Tennessee, is named after Benjamin Franklin and is today a district of Franklin. The town later gained prominence for the Battle of Franklin, fought on November 30, 1864, as the concluding battle of the Franklin-Nashville Campaign.

Each year, Franklin TN hosts an array of unique festivals and events. From the annual 2Ten: Tennessee Music Festival to the Wyeth Pharmacy Museum’s Art of the State Exhibit and everything in between, Franklin TN has plenty to keep you entertained all year long. Plus, it consistently ranks as a top place to live.

In addition, Franklin is Tennessee’s second-largest city and home to many famous attractions. Whether you’re here for the annual Independence Day Festival or the Riverbend Country Music Festival, Franklin’s Downtown Franklin Shoppes & Restaurants have you covered. And when it comes to shopping, we’re well aware that big name stores can be found anywhere. So instead of designer outlet centers or chain-store “malls”, we’ve created unique environments designed specifically with you in mind. Look around, shop local, and enjoy!

The property is conveniently located in Franklin - two minutes from the interstate, Berry Farms, Shopping, etc. There are 35 acres with stunning landscaping and mature trees. The home has 2 Primary Suites 1 up 1 down. 2 Bonus Rooms and a full unfinis

Luxurious and private gated executive home. This is your own personal resort, acreage for horses, pool, fitness and steam/sauna room, theatre, 2 outdoor kitchens. This home boasts million dollar views from every room. Completely renovated in 2020. Th

Designed for entertaining,1636 Whispering Hills Dr is the most contemporary sophisticated home in the Laurelbrooke community with unsurpassed quality. Situated on 2.6 acres, this stately home is designed with calming features after under-going a mult

Designed by award-winning architect Jeffrey Dungun, this gorgeous new construction home boasts only the finest finishes making it the pinnacle of Tennessee luxury. This architectural masterpiece with a spacious and well-thought-out floor plan is loca

This gorgeous gated property welcomes you with 12.5 fully fenced and rolling acres, two homes, two barns - One owner and I promise you don't want to miss the chance to own this spectacular property also known as Side By Side Farm. Too much to list,

One of a kind Westhaven beauty. With a recent addition and complete renovation, this home has too many qualities to list. It features multiple living spaces to suit all needs, along with a layout that's attractive to any buyer. The gorgeous outdoor s

Gorgeous custom built home on over 8 acres! Minutes to Leipers Fork and I-840. This home has everything! Four bedrooms on main living includes two master suites. 14 and 15 ft ceilings. 8ft doors throughout. High end appliances. Custom finishes and

Great Location, minutes to 840, 65, and Franklin. Currently a horse training facility complete with 15 stall working barn, professional riding arena, round pen, and turn out paddocks. The home could be used as a farm managers residence or guest hous

Picture your company in this spectacular location where sunrises and sunsets add priceless value to your work! A retreat from the rat race, in iconic Leipers Fork, yet only an hour from downtown Nashville and the airport. Zoned for 22 employees, BREA

Historic renovation by Layson Building Co on this fantastic 1833 historic home, just 1 block from Main Street. Many original features will restored not replaced, This historical gem will WOW you at completion. Live in a piece of history but with all

Beautiful 6 acre homesite in a 5 home one of a kind gated estate in Leipers Fork. A 6111 sqft plan, 2500 sqft of porches and garages (8611 total) with highest tier finishes. Expansive 4 bedroom 5/1 bath plan with breath taking master suite with fir

National Register of Historical Places, the Turley-Marshall House (circa 1880) is nestled on one of the largest lots in downtown. One block from downtown and all festivities. Pool has been previously approved and immaculate backyard space for additio

Located in between Westhaven and Leipers Fork is a unique property that brings a new meaning to southern charm and rustic elegance! The Boyd Mill Farm is slated to be finished Sept 1, 2021 and buyer has the opportunity to select remaining finishes. F

Steps away from Founder's Square (fountain park) and only a couple of blocks to the Resident's Club & Front Street. Amazing updates through out the entire home including kitchen, all baths, laundry & Restoration Hardware lighting. New interior & exte

To be built! Buy now & work with the builder to make it your own. Luxury American Heritage style that offers a rustic yet modern style & only minutes to Leipers Fork. Natural elements such as exposed beams, stone fireplace, hardwood & stone tiled fl

Built in 1888 the Hearn-McNeely House was moved in1981 from 5th Ave N to it present West Main location. Restored by noted Bill Powell for the Heritage Foundation. In 2005. The current owner renovated the home to the gracious and warm home you see to

Quiet & serene, it's as if you're in the country but close to all of the community's amazing ammenities in minutes. This beautiful, Westhaven home boasts a new heated/cooled 35' pool, 12' swim spa ,screened in porch, multiple walk-in attic space

TO BE BUILT... Buyer can make design changes with an Additional Deposit. No structural changes can be made. Gated community with 10 total lots. 10 min to Berry Farms for shopping, eating, etc. Community built exclusively by Partners In Building.

From the Developer of The Brownstones, 10 Luxury Flats as nice as the Brownstones 2 Blocks from Starbucks on West Main. 1.8 to 3 million. Move in March/April 2022. $125 is Allowance for finishes and included in the price. Current Owner custom fi

From the Developer of The Brownstones, 10 Luxury Flats as nice as the Brownstones 2 Blocks from Starbucks on West Main. 1.8 to 3 million. Move in March/April 2022. $125 is Allowance for finishes and included in the price. Current Owner custom fin

From the Developer of The Brownstones, 10 Luxury Flats as nice as the Brownstones 2 Blocks from Starbucks on West Main. 1.8 to 3 million. Move in January 2022. $125 is Allowance for finishes and included in the price. Current Owner custom finishe

Home is sold but we can build a similar home. Call listing agent directly to receive customer incentive information

REDUCED! This private custom built farmhouse in Leipers Fork offers seclusion with almost 8 acres, featuring music and local history as part of its story. The views from front and back of home are amazing! Enjoy rocking on the front porch with famil

This historic, 1844, DT Franklin home went through an extensive renovation '16. Currently being used as a commercial property, but ready to be your family’s next home! The home is a 2018 Heritage Foundation winner! Just 2 blocks from the center of DT

Incredible opportunity to own this beautiful home in Historic Downtown Franklin! Here is your chance to own a home surrounded by all of the charm that Historic Franklin has to offer! This impeccable home was built by Jay Luna, and will not disappoint

So much character in this historic home in downtown Franklin that has been in same family for 30 years ~ Large, gracious entry foyer with 9' pocket doors that enter into parlors on each side ~ 12' & 10' ceilings ~ Gorgeous chandeliers ~ 3 screened po

Stunning Home less than a mile and walkable from Historic Downtown Franklin. 5 bedrooms plus 1 above the separate garage All with their own Bath. Gated driveway, Stainless appliances, Primary and guest bed down. Fenced in back yard with irrigation. 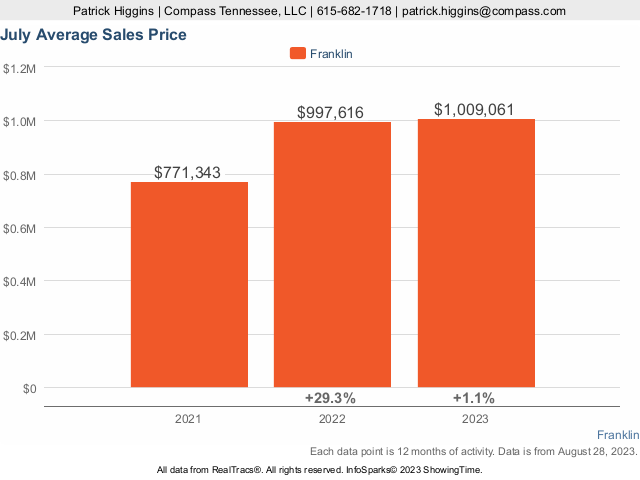